September is Independence Month in Honduras and Central America!

During colonial times, Spain had its American colonies divided in 4 huge Vice Royalties. A Viceroy, appointed by the King of Spain managed each Colony.  The 4 Vice Royalties where:  New Spain, New Granada, Peru and Rio de la Plata. Central America was under the command of the viceroy of New Spain and reported to Mexico City. The only exception was Panama. It was part of the Vice Royalty of New Granada, with headquarters in Bogota.

The Vice Royalty of New Spain had its headquarters in Mexico City. The territory that was under its administration was vast. It included from what today is the border between Panama and Costa Rica on the South. To the north, it included all Mexico, plus several states that are today part of the United States. These include California, Arizona, New Mexico, Nevada, Colorado and Texas, among others. The territory was so vast, that different government offices were established throughout the colony.

Central America was under the administration of the Captain General of Guatemala. The Captain reported to the Viceroy of New Spain in Mexico City. His area of influence was vast. It included Costa Rica, Nicaragua, El Salvador, Honduras and Guatemala. It also included the area that today is the State of Chiapas in Mexico. Back then, it was two different provinces: Soconusco and Ciudad Real.

The Beginning of the Independence War

One of the main events leading to the independence of “New Spain” was the Treaty of Iguala. (It is also known as “Plan de Iguala”). There, Agustin de Iturbide laid the ground work for the future government. It had three basic pillars: Religion, Independence and Unity. The name for the new country was the Mexican Empire.

As for religion, it called for the new country to have one and only one religion: Catholic. This of course insured the support from the Catholic Church, a powerful entity in New Spain.  The guarantee for independence called for a monarchic government with a constitution. It went so far as proposing that King Ferdinand VII of Spain be the King of Mexico! Of course, there was a catch to this, he had to come to Mexico and live there! Finally, it called for the unity of all citizens of the North American Colony of Spain, which was New Spain.

This treaty, which was more or less a declaration of independence. Several stakeholders including Agustin de Iturbide and Vicente Guerrero. They signed the treaty on the 24th of February, 1821. This treaty united the independence movement in New Spain and paved the road for a new independent government.

The Treaty of Cordoba

Juan O Donoju, the last viceroy appointed by King Ferdinand VII arrived in Veracruz in 1821. He immediately realized that the Spanish Crown had lost control of the colony. He summoned Iturbide to a meeting in the town of Cordoba, in Veracruz. There, they signed the treaty of Cordoba. This treaty was a recognition of the independence of New Spain. , thus creating the new Mexican Empire. The monarch was to be King Ferdinand himself or one of his rightful heirs. The treaty was signed on the 24th of August, 1821.

The Central American Declaration of Independence

In the meantime, the Central American Provinces followed suit. Leaders of the provinces signed their own declaration of Independence on September, 15, 1821. The event took place in Guatemala City, The seat of the local colonial government back then. News of the declaration of independence took several days to get to Honduras. It was not until the 28th of September that the news got to Comayagua the Colonial Capital of Honduras.

The Central American provinces received an invitation from Emperor Agustin to join the empire. After much deliberation, Central America decided to accept the invitation. Thus they began a new period in their history as part of the Mexican Empire.

The Mexican Empire lasted only about a year. Thus 5 of the Central American provinces decided to secede from Mexico once the Emperor Iturbide resigned. Only Soconusco and Ciudad Real, today the state of Chiapas, remained with Mexico. As such, the destiny of Mexico and Central America took different paths after 1822.

You will note that, they both celebrate their independence almost on the same dates. Central America refers to the declaration of independence signed in Guatemala City.

Mexico uses the 16th of September, 1810 as the official date of independence. The date, refers to the begining of the independence war between Mexico and Spain. The celebration actually starts on the night of the 15th of September. The president of Mexico is charge of the celebration. This begins with the traditional “Grito de Independencia”. The event takes place in the National Palace in Mexico City when the president rings the bell.

Spain Acknowledges the Independence of Mexico and Central American Provinces

It is interesting to note that when Ferdinand VII King of Spain received news of the treaty of Cordoba he rejected the treaty and fired O Donoju. It took several years for Spain to recognize they had lost the colony.  The Santa Maria – Calatrava treaty signed on December 27-28th 1836 acknowledged the obvious. It took over 15 years for Spain to resign to all aspirations in New Spain and acknowledge that the colonies were independent.

By then, Central America had decided to split from Mexico after Iturbide’s government had floundered.  Of the seven Central American Provinces, two elected to join Mexico. The provinces of Ciudad Real and Soconusco, are today the State of Chiapas in southern Mexico.

Central America began a period of turmoil. There was disagreement about the convenience of forming a Federation vs independent countries. Honduras was the main motor of the first option. Notice that the Honduras flag has 5 stars. These represent the 5 Central American Countries that once where a federation.

Independence day celebrations in Honduras start on the 1st of September. You will see students marching down the streets with the bands and national flags throughout the country. Every town and city, regardless of size, has parades down the main street. Traveling through Honduras between the 13th and 15th of September can be a hassle. Even main highways close down for a few hours to allow the passing of the parades. If you do travel during these dates, allow for plenty of extra time, relax, and take pictures of the parades!

This year, Honduras and Central America are celebrating 195 years of independence.  Happy Birthday Honduras! Hope that you continue to grow and mature as a country! 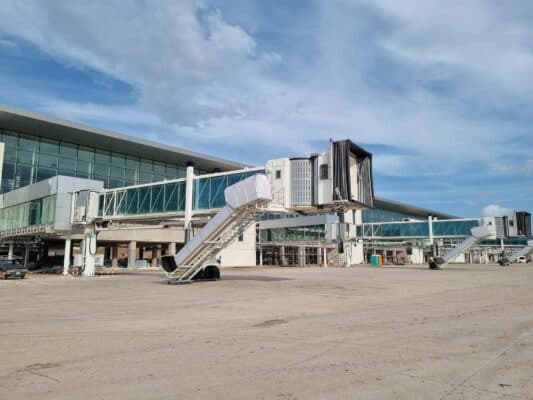 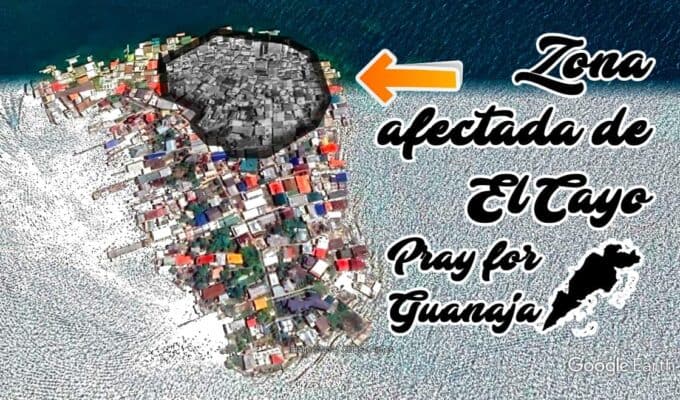 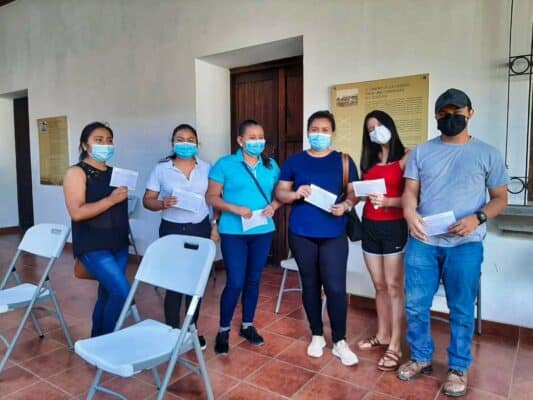 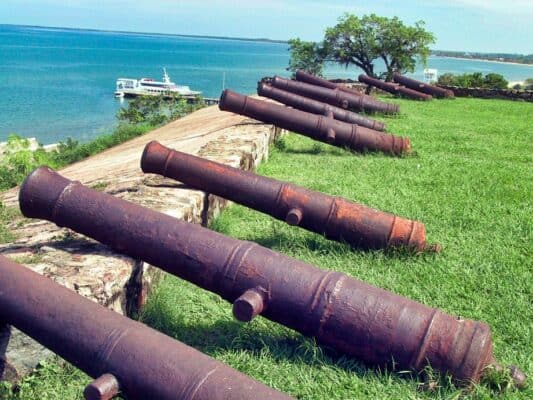 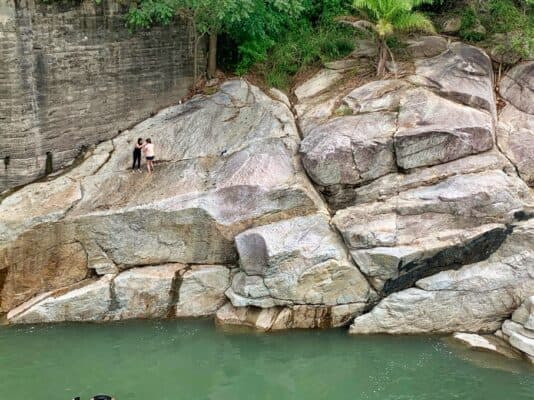 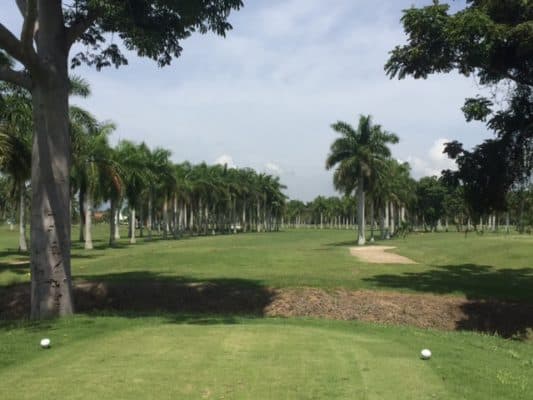 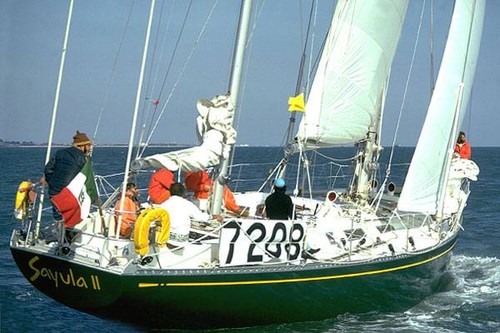